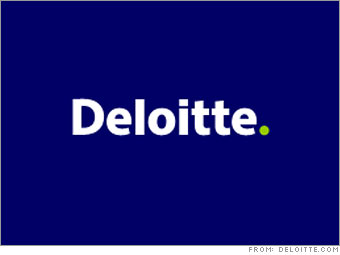 The Turkish retail market is continuing its sustainable growth in line with increasing purchasing power per capita and the development of modern and organized retailing. The per capita private consumption of US$7,350 in 2011 is expected to exceed US$10,000 by 2015. Strong economic performance supported by a young population stimulates growth in spending per capita. As a consequence of the strong demand from Turkish consumers, retail investments have been experiencing great momentum in recent years. Thanks to a number of fueling factors, Turkey became one of the most popular destinations for foreign investors including private equity firms, global supermarket chains, fashion retailers and several other retail concepts.

The total size of the retail sector (organized and unorganized) in Turkey is expected to reach US$313 billion in 2012 and grow with c.10% CAGR until 2016. Organized retail, a highly promising segment due to increasing per capita consumer spending and relatively weaker presence up to now in comparison with developed markets, is estimated to be c.40% of the total retail industry in Turkey. Limited total surface rent area, compared to robust consumer demand and rapid urbanization, triggered large scale retail investments across the country. The number of shopping malls in Turkey increased by more than 20% in the last two years and reached c.300 at the end of 2011. In the same period, the total surface rent area in Turkey increased by more than 30% and reached c.7.3 million m2.

Internet penetration in Turkey has more than doubled in the last 5 years and reached 45% in 2011. Mainly driven by the young population and increasing income level, internet penetration is also positively affected by discounted prices and expanded coverage. Turkstat’s household information technology usage survey, conducted between January-March 2011, reveals that 47% of internet users in Turkey used the internet to find information on goods and services whereas 7% purchased goods during the period. Internet Retail Still in its infancy, the internet retail sector in Turkey is growing at a remarkable pace through a number of brand new initiatives and strong demand from online consumers. Data maintained by the Interbank Card Center, the Turkish clearinghouse for bank cards, shows that e-commerce transactions (including non-retail) through virtual point of sales (VPOS) grew with a CAGR of 60% in the past seven years and reached c.23 billion TL in 2011. According to e-commerce intelligence source Internet Retailer, two Turkish companies appear in the Top 150 internet retailing websites of Europe. Hepsiburada.com (ranked 89th), a group company of Doğan Holding operating as a mass merchant, was the leading internet retailer in Turkey in 2011 with c. US$190 million revenue followed by Markafoni (ranked 143rd), a pioneer online apparel retailer, with a revenue of c.US$95 million. Online apparel shopping clubs offering products at discounted prices and deal-of-the-day websites are popular destinations among Turkish internet users. Increasing consumption through online media shows that security concerns are not a headwind for Turkish consumers as they were in the past. According to the Interbank Card Center, there are nearly 7,400 ‘‘3D Secure’’ registered virtual shops in Turkey as of 2011. Increasing activity of private equity investors and venture capitalists with a focus on e-commerce is becoming a dominant trend in the sector.

Highlighted Transactions : February 2012 – Boyner, the leading department store chain in Turkey has announced that it signed agreements to acquire a 63% stake in its major competitor YKM for a consideration of US$108 million. December, 2011 – East Gate Capital Group, Dubai based private equity and real estate investment subsidiary of NCB Capital, made its first investment in Turkey and acquired a 49.8% stake in Fabeks, owner of the Silk & Cashmere brand, which is one of the leading cashmere brands globally, for an undisclosed sum. June, 2011 – Gözde Girişim Sermayesi, private equity investment arm of Yıldız Holding, acquired 99.6% of Şok Marketler from Migros for a consideration of US$380 million. May, 2011 – Kuwaiti investment company Global Investment House acquired a stake in Yargıcı, Turkish retailer of women’s apparel and accessories, for an undisclosed sum.

M&A Activity in the Turkish Internet Retailing Sector  : Thanks to rapidly growing internet penetration and an increasing number of online merchants, the internet retailing sector in Turkey has been experiencing a boom. In order to benefit from the high growth potential of the sector, local and foreign investors are showing great interest in established internet brands as well as to promising initiatives being brought to light by local entrepreneurs. The Turkish internet retailing sector hosted a record level of activity with a total of 20 transactions since the first transaction in 2010. Apparel discount shopping club websites being in the first place, deal-of-the-day websites and online apparel retailers attracted most of the attention during the period. M&A activity in the Turkish internet retailing sector reached its historical peak in 2011 with a total of 12 transactions. The first quarter of 2012 which saw 7 deals also signals a strong trend in terms of M&A activity. The statistics for M&A activity for 2011-1Q12 period are presented below:

Highlighted Transactions  : March 2012 – Markafoni, backed by Naspers, acquired 75% of Doğuş Holding’s En-moda, an apparel discount shopping club website which became operational in June 2011. December, 2011 – E-commerce giant Amazon made its first investment in Turkey by acquiring 19% of Çiçeksepeti, Turkey’s leading online flower and gift retailer. August, 2011 – USA-based private equity houses Tiger Global Management and Kleiner Perkins Caufield & Byers acquired a total of 37% shareholding in Trendyol, leading Turkish apparel discount shopping club website. Prior to this transaction, in January 2011, Tiger Global Management had acquired a 20% stake in the same company. May, 2011 – South African multinational media company Naspers acquired 68% of Markafoni, one of the pioneer apparel discount shopping club websites of Turkey for a consideration of US$86 million. April, 2011 – eBay announced its acquisition of an 83% shareholding in the Turkish consumer-toconsumer website Gittigidiyor for US$217 million. Prior to the transaction, eBay was holding a minority stake in the company.